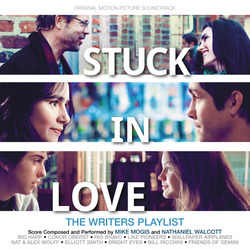 Stuck in Love: The Writers Playlist