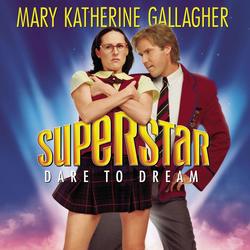 Well, I’m still in a stage of wondering why every Saturday Night Live skit of recent memory has to be spun off into its own movie. Commercially, the last couple of SNL influenced films have done dismal business at the box-office, with most of the receipts due to the kind of adolescents that live for toilet humor and haven’t had their first "real" relationship. After that you usually grow up, but as portrayed by thirty-something Molly Shannon, you can still get away posing as a Catholic High School girl that has Chevy Chase to thank for its acceptance as a SNL character.

As you can tell, this film didn’t have me banging on the doors of the local movie theater upon its release, and as a surprise, neither did the soundtrack. Now this is not to say that when the album is taken as an item separate from the film's influence isn’t something worthwhile on its own. As the record company’s tag line suggests, "the best dance site on the web," we get a full barrage of dance tunes as well as some standard ballads. I was most upset at the techno-fied version of "Bambolero," the former being a mainstay of the Latin music group The Gypsy Kings. However, Michael Gore’s musical score, which is reduced to a short four minutes and fifty seconds, is rather good and is one of the saving graces of the album, and maybe the only reason to see the film. I would suggest Mr. Gore should add this to his own promotional recording lists, it may allow him to pop up in more films. As for the disc in its entirety I would pass on it as well as the film, better luck next time folks.