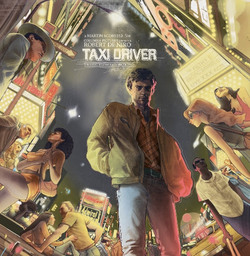 Waxwork Records is pleased to present Taxi Driver as a deluxe double LP featuring the complete film score by Bernard Herrmann on vinyl for the very first time, ever. Also included is the complete and remastered original 1976 soundtrack release.