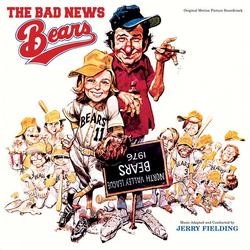 Jerry Fielding was a three time Oscar-nominated composer known for his work on gritty, often brutally savage, films in western and crime action genres, including many Clint Eastwood movies. The highlight of the Bad News Bears scores is Fielding's adaptation of the famous Carmen suite by Georges Bizet. It is cited by many who have seen the movie as it plays in many key parts of the film. The soundtrack will be available for the first time on LP. It will be issued as a limited 1000 unit release on yellow vinyl. The Bad News Bears was recently called the greatest baseball movie ever made by Rolling Stone Magazine.