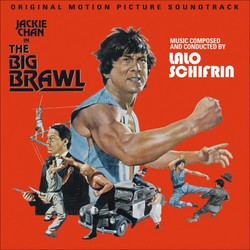 The film reunited Clouse with composer Lalo Schifrin who had worked with the director on Enter the Dragon as well as its spiritual sequel, Golden Needles. The Big Brawl rounds out this trilogy of sorts with music that builds upon Schifrin's jazz recordings rather than his Oriental-flavored scores. The music is largely constructed around an infectiously whistled main theme and individual set pieces that focus on Chan's seemingly improvisational method of fighting—in addition to other action sequences (such as a skating derby). A beautiful love theme for Jerry and Nancy rounds out the score.

This CD premiere presents the same music contained on the Japanese LP—practically the complete score—plus a bonus track, but the cues have been re-sequenced for a more cohesive listening experience. Mastered by Chris Malone, the album features a 16-page full-color booklet with liner notes by Gergely Hubai discussing the film and featuring a track-by-track breakdown of the score.