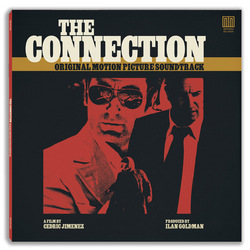 We're absolutely thrilled to be releasing this absolute beast of a soundtrack; the ultimate cool compilation spanning four decades and featuring classic songs by The Velvet Underground, Blondie, Townes Van Zandt... it's hard to pick out highlights as there genuinely isn't a bad track on here.

The Max Richter / Dinah Washington track alone—an incredible mix of Washington's vocals from 'This Bitter Earth' and Richter's incredible composition 'On The Nature of Daylight'—is one of the best things you'll hear this year. Lykke Li contributes 'Jerome,' a fantastic '60s tinged pop song that sounds like a lost Phil Spector composition. On top of all that, add in a selection of incredible French pop—imagine if Starlord's Awesome Mix: Volume 1 had a European counterpart, it would be this album.