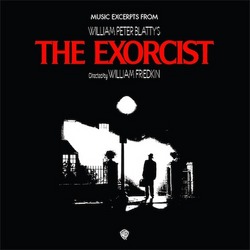 Perseverance Records is proud to announce the reissue of the soundtrack to The Exorcist, one of horror's best and most frightening films of all time. This is another release straight from the Warner/Elektra/Atlantic vaults.

This was remastered by Warner Bros Records for release by our label. It sounds excellent like all of our previous Warner reissues. We tried and did not convince the label to let us include Lalo Schifrin's score.

Warner wanted us to release the original LP (and later Japanese import CD version). However, we thought that most people would prefer the Tubular Bells version, as that one had been out of print for quite some time. There will only be 3,000 copies manufactured. We will not make any more after we reach that total. We used the original LP art.