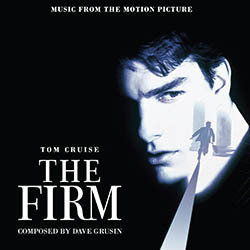 Grusin's beautiful, piano-only score is both unique and powerful. Passionate, dramatic and suspenseful, it is an important work finally given the deluxe treatment it has always warranted. Produced by Dan Goldwasser and re-mastered by Doug Schwartz, this special 2-CD release has been significantly expanded beyond its original 1993 soundtrack release (which is also included here on Disc 2). Exclusive in-depth liner notes by writer Jeff Bond takes you behind-the-scenes of this hit film and its notable score, with new interview comments from the composer. Sharp art direction by Dan Goldwasser compliments this essential limited edition release of 3000 units.