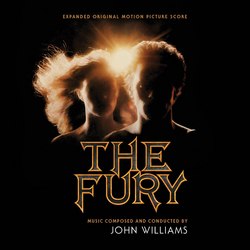 La-La Land Records, 20th Century Fox and Sony Music are proud to present one of John Williams finest scores ever—1979's The Fury, directed by Brian DePalma and starring Kirk Douglas and Amy Irving. With a running time of 1:54:00, this new and improved 2 disc set features stunning sound (especially on Disc 2, the original soundtrack album), detailed liner notes by Julie Kirgo and art direction by Jim Titus. A definite upgrade in ALL departments from the previous Varese release, this fantastic score should be on the shelf of any soundtrack fan.