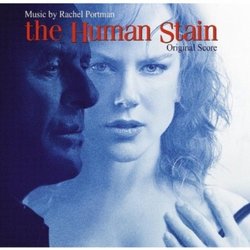 In addition to its many critical accolades and impressive sales, Philip Roth's The Human Stain can count among its achievements that it managed to make me angry. Set against the backdrop of 'age of sanctimony', as Americans of walks hold forth on the morality of Bill Clinton, the novel follows the last year in the life of Coleman Silk, Dean of Classics at a small university. Beginning with an unintentional racist slur, it is a year full of personal disgrace and loss for the aging dean and the people around him. By the end of this year the legacy of the man will become a tug-o-war between his naysayers and whitewashers, both sides adhering to interpretations of Silk's story that the reader knows do no justice to the truth of his life. I would say more, but this is a story with so many surprising developments up its sleeve, it seems wrong to spoil even early plot developments. Suffice to say I found I was so drawn into Roth's attack on cultures of political correctness that for days after I was angry at the fictional but all-too-believable forces that had sped on Coleman's demise and trampled on his grave.

Sadly this zealous fire was absent from the recent Miramax film based on the novel, directed by Robert Benton (Kramer vs Kramer) from a script by Nicholas Meyer (writer and director of the two best Star Trek films). I think the Benton film was a very good one. It benefited from an excellent cast giving uniformly fine performances, including Anthony Hopkins (perfect as the older Silk), Wentworth Miller (a revelation as the younger Silk), Nicole Kidman, Ed Harris, Gary Sinise and Jacinda Barrett. I think Meyer's scripting is the problem – while faithful to the events of the novel, he softens the details and Roth's caustic tone, making some parts of the story (particularly Coleman's funeral) more palatable at the expense of their impact. Still, it is a film that deserved more attention than it did on release in 2003 – much like the recent (and considerably more honoured) House of Sand and Fog, The Human Stain was a well produced character piece stressing the damage caused by making assumptions about people one doesn't really know at all.

Rachel Portman was an interesting choice to score this film. Following a number of recent projects (Hart's War, Beloved) that have expanded the range of her compositions to embrace darker dramatic situations, Benton's film is neither jolly period piece (Emma, Nicholas Nickleby) nor a 'chick-flick' (Only You, Mona Lisa Smile) – Portman's two patented genres. From the ''Opening Credits'' it’s clear that the effusive optimism so evident in much of Portman’s work is absent. John Lenehan's delicate piano states a simple piano motif over harmonising strings, holding for a second before stating a variation on the piano motif. There is a slight pause, and the motif is stated again, extended and stated again, the last notes becoming the first notes of its next incarnation. Mournful clarinet and flute are added to the mix, drawing out the harmonies. The piece is finally resolved with a statement of an extended version of the motif – what you could call the main theme of the film. In its construction, it is minimalist. In its mood, it is melancholy but unsentimental (despite being unmistakably Portman-esque). In its effect, it is sublime.

Or perhaps it isn't any of those things. Those interested in this score that have not seen the film – even established Portman fans – are strongly advised to sample the ''Opening Credits'' before purchasing, for the rest of the thirty-five minute album is essentially anticipated in those first few minutes. ''Iris Dies'' is a soft reworking of the piano motif stated very slowly over cellos. A faster version of the piano motif with prominent clarinet and bouncy strings adds pace to ''Coleman waits for Faunia''. The clarinet motifs from ''Opening Credits'' feature again in ''Two Urns'' and ''Frozen Lake''. Even the highlight end credits cue – included here both as the ''Original Version'' and the ''Rewrite'' – contains nothing particularly new apart from some bouncy string rhythms reminiscent of The Cider House Rules, the track being dominated by a haunting piano and string reprise of the main title. (Note that the two album versions of the end credits are identical save for a the addition of a passage for piano in the third minute of the rewrite. Neither, ironically, is actually the film version of the cue. While I like the film version of the cue a little more, I'm glad these two alternates were included twice on the album twice, as they’re the only two cues apart from the ''Opening Credits'' that last long enough to actually have a clear identity of their own.)

The basic ideas of the score are subtle – meaning their frequent repetition could be by turns either hypnotic or boring depending on the listener. It is telling that at half an hour's length, this score does not feel too short. The internal consistency of the score, combined the tendency to combine short cues together into suites within a single track, means that few tracks have any distinct identity. This is not to say that Portman's score lacks variation – her delicate orchestration and use of tempo ensure sufficient variation for the album's length. This may be one of the more melodically limited scores of recent times, but the score is no less brilliant for that. The score is beautifully mixed, with piano at the centre at all times. The performing group (unnamed) is small but more than up to the task.

Before I saw the film, I remember listening to this score on a beach dimly lit by the late afternoon sun. A sandcastle that had been built earlier in the day was now being eroded by the slow and relentless advance of the tide. The ''Opening Credit'' cue nicely approximated the rhythm of the waves, and I thought of how in the Roth novel, that sandcastle would have served as a fine metaphor for the truth of a man's life. In the context of time both are transient things – built in a short time, covered over and eroded quickly by an ocean of one’s fellow men. And I realised that Portman's score was based very much around this idea – she is scoring the idea that is central to the story, the real human stain, the shame that causes men to bury the truth about themselves and others. It is an apotheosis of the matching of source material and composition that makes this the best work of Portman's career to date. One can only hope that Robert Benton will, like Jonathan Demme (Beloved, The Truth About Charlie, the forthcoming Manchurian Candidate), continue to offer Portman opportunities to explore her potential for scoring darker dramatic situations.