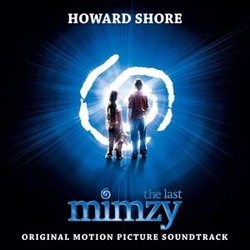 It\'s been a real joy to see Howard Shore\'s advance to the film composing A-Grade since his signing for the Peter Jackson Lord of the Rings adaptations. His instinct for storytelling, in particular devising appropriate musical metaphors for the subtext of each film, has always served him well as a film composer. But to hear this ingenuity applied to fresh genres and musical settings has been a reliable pleasure, yielding gems like the orchestral/choral leitmotif splendor of The Lord of the Rings, the tango-led hijinks of The Departed, the romantic/baroque hybrid of The Aviator, the western style scoring of Viggo Mortensen\'s duality in A History of Violence, and of course, one of the best video game scores to date (Soul of the Ultimate Nation).

Which brings us to The Last Mimzy. The film marks New Line Cinema\'s Robert Shaye\'s second attempt at feature direction, adapting the Henry Kuttner\'s 1943 story Mimsy Were the Borogroves. Shaye was evidently impressed with Howard Shore\'s work on Lord of the Rings, for the composer lends his very distinctive voice to a small, warm orchestral underscore for the family-based science fiction film. "The Mandala" sets forth with a brief quizzical woodwind fanfare, which builds into a slightly gentler version of Shore\'s unused cue for the rebirth of Gandalf in The Two Towers. The churning arpeggiated celli at the climax of that cue, the gentle French horn lead-in to the pastoral theme of "Whidbey Island", the oboe and pizzicati interaction of "Scribbles" - it\'s all unmistakably the man who wrote music for Tolkien\'s hobbits.

This is not to suggest Mimzy is not made distinct from the earlier efforts - neither the Celtic instrumentation nor hymnal sound of Shore\'s hobbit music are referenced here, nonetheless there\'s an unassuming cheerfulness to the music that few who haven\'t heard Nobody\'s Fool or Mrs Doubtfire will be able to relate to anything else in the composer\'s post-2000 oeuvre. A particular highlight is the theme heard in "I Love the World" - a beautiful motif reminiscent of a phrase of "Billy\'s Theme" from The Departed. Of course it\'s not all of one mood: some of what follows leans more on Shore\'s talent for darker music - the divisi strings of "Blackout", the rolling percussion that climaxes "The Tear", the strident reading of the "Whidbey Island" theme in "Can I Talk?" - but the inoffensive mood is soon restored, and the danger never really feels terribly dangerous anyway.

I come away from Mimzy not entirely convinced that it really offers anything interesting or new for those familiar with Howard Shore\'s previous work. Perhaps seeing the film will reveal yet another strong work in the context of the narrative from Shore - I\'d be surprised if it didn\'t. Yet the forty-four minutes or so on show here repeat the basic themes to such an extent that I can rarely listen to more than a few tracks at a time. The themes themselves aren\'t terribly engaging - the "Whidbey Island" theme is pretty enough, but the main theme is borderline annoying. (Unfortunately, a cue barely goes by without that theme it rearing its head!) The lengthy finale cue "Through the Looking Glass" in particular doesn\'t seem to bring the satisfaction that such a cue should, despite some impressive moments throughout its length.

One last aspect of the album that should be noted is Shore\'s collaboration with Pink Floyd\'s Roger Waters for the song "Hello (I Love You)". Based on another of the attractive melodies from Shore\'s score - heard in "Scribbles" and "Palm Readings" - this didn\'t do anything for me. Complete with references to older, better songs by Pink Floyd, this song is a bizarre hybrid of Shore\'s melodic gifts with Roger Waters\' considerable rock gifts. The lyrics are embarrassingly cheesy, the echo effect on the voices incredibly dated, and the chorus ("Hello! (I love you!)") managed to summon - of all things - Lionel Richie\'s "Hello" out of the depths of my long term memory to haunt my waking life. Compared the composer\'s previous song-writing efforts, this is closer to the uninvolving "Use Well the Days" than the compelling "Gollum\'s Song" or "Into the West".

Nothing here is bad mind you, but against the standard of Shore\'s last few score albums, it isn\'t particularly impressive either. I\'d recommend Nobody\'s Fool as a superior example of Shore\'s unassuming pastoral scoring - while that earlier score lacks the fantasy slant of this score, it\'s a more involving work overall. It may seem something of a cliché to suggest John Williams, Patrick Doyle, Danny Elfman or Thomas Newman for this project - but I\'m inclined to think any one of them might have conjured up a more involving score for the devoted listener. A rare misstep from Shore, but still worth a listen.