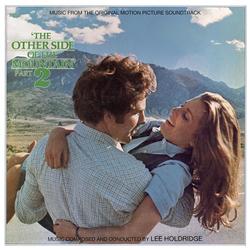 The Other Side of the Mountain - Part 2

Our next limited edition release is the debut CD release of the soundtrack for The Other Side Of The Mountain - Part 2, by multiple award winning composer Lee Holdridge. The film was the sequel to the successful 1975 box office hit, The Other Side Of The Mountain. The score features a beautiful love theme, which is heard in variations throughout the album, as well as in two songs sung by Merrily Webber (arranged by the composer). The album was transferred from analog tape from the composer's archive. Fans have requested this score for years.