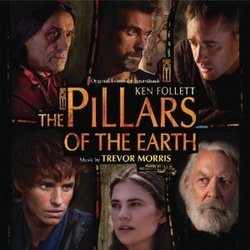 The Pillars of the Earth

Set against a backdrop of war, religious strife and power struggles in 12th Century England, The Pillars of the Earth is an ambitious eight-hour series of Ken Follett's masterpiece—an enduring love story masterfully entwined with political turmoil.

Trevor Morris, who provided the accompaniment for all four seasons of The Tudors, is back to score another ambitious royal tale.