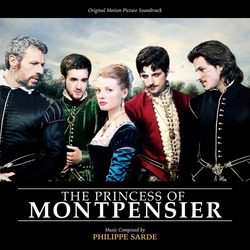 The Princess of Montpensier

Bertrand Tavernier ('Round Midnight) directs this lush, unsentimental take on the historical romance, which takes a clear-eyed look at the intersection of passion and power in 16th-century France at the height of a civil war between Catholics and Huguenots. The Marquis de Mézičres (Philippe Magnan) is eager to form an alliance with the Duc de Montpensier (Michel Vuillermoz), and though his young, beautiful daughter Marie (Mélanie Thierry, The Legend Of 1900) favors war hero Henri de Guise (Gaspard Ulliel), she's married off to the Montpensier's son Philippe (Grégoire Leprince-Ringuet). Once at court, she inspires love, violence, and thirst for power in the men around her—including her new tutor, the Comte de Chabannes (Lambert Wilson)—as civil war tears the country apart.

Adapted from the classic novel by Madame de La Fayette, The Princess of Montpensier was an official selection at the 2010 Cannes Film Festival.