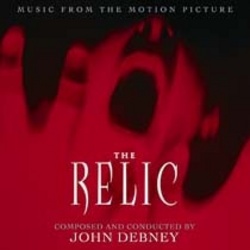 Considered by many to be one of the coolest genre scores of the '90s, Debney's powerhouse orchestral thrill-ride brings on both the brooding creepy and full-throated scares, perfectly complementing this tale of a horrifying creature running amok throughout a city museum. Produced by Dan Goldwasser and mastered by Mike Matessino, this special release features a bonus track and exclusive in-depth liner notes from film music writer Daniel Schweiger. Limited to 2000 units.