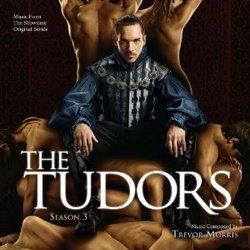 Anne Boleyn is dead and a Catholic rebellion is rising in the north. The king's army makes a bloody example of the traitors, and Henry VIII will not be satisfied until the defiant leaders pay with their heads. The virtuous and beautiful new queen of England, Jane Seymour, has convinced him to reconcile with his daughters, little Elizabeth and pious Mary, whom the insurgents hope will one day restore the Church to power. Mary must wait her turn, however, when Jane blesses Henry with the one thing his other wives could not, a son, only she doesn't survive his birth. Devastated, the king locks himself in seclusion. A new leader is waiting for Henry's power to weaken, a jousting wound threatens his life, and disloyalty is brewing within the court. Fearful of England's waning alliances, the king's advisers convince him to marry homely Anne of Cleves, a political union in which he finds little comfort...until he meets a young, coquettish new mistress named Katherine. In the seductive and gripping third season of The Tudors, the king finally gets everything he ever wanted. But the unrest is continuing, and Henry will stop at nothing, and spare no one, to hold on to the throne.

Composer Trevor Morris won the 2007 Emmy Award for Best Theme for The Tudors and his music for Season 3, now expanded to feature a regal and haunting choir, exhibits his best work yet.