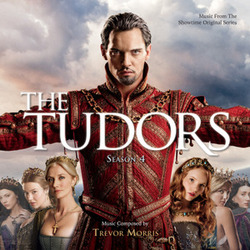 Showtime's The Tudors—a favorite with critics and audiences—presents the rarely dramatized, tumultuous early years of King Henry VIII's nearly 40-year, omnipotent reign (1509–1547). In addition to his famous female consorts, his 20+-year marriage to Catherine of Aragon, and the infamous dalliance with Anne Boleyn, The Tudors delves into Henry's most notable political relationship and the deconstruction of the Roman Catholic Church in England. Season 4—the final season—focuses on Henry's ill-fated marriage to Katherine Howard, his uncommonly successful final marriage with Katherine Parr, an attempted invasion of France and the question of the kingdom's leadership after Henry's death.

Composer Trevor Morris won the 2007 Emmy Award for Best Theme for The Tudors and his music for Season 4 exhibits his best work yet, allowing him the opportunity to bring this epic saga to a powerful close.