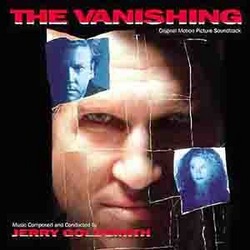 Jerry Goldsmith's 1993 score for Twentieth Century-Fox's remake of The Vanishing was one of the composer's very rare '90s scores to go without an album release. Goldsmith's score is both intense and beautiful, while steeped in psychological intrigue. It is stylistically similar to the composer's brilliant work on Basic Instinct but is as unique as ever for Goldsmith and includes a rare exploration in jazz as the composer wraps up his score with a jazz trio.

A few cues from The Vanishing were premiered on our boxed set Jerry Goldsmith at 20th Century Fox, back in 2004. For this CD, however, the entire 65 minute score was remixed from the original multi-track tapes, presenting a definitive new look at Goldsmith's overlooked music for this film.