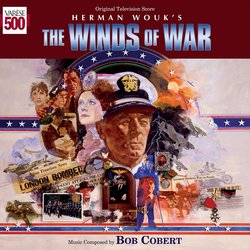 The Winds of War - 500 Series Edition

One of the biggest television mini-series of all time, Herman Wouk's The Winds of War was an almost 15-hour series, shown in seven parts on ABC in February 1983. It was watched by over 80 million viewers! Composer Bob Cobert's theme and score are now classic. Cobert recorded this album of highlights for Varčse Sarabande back in '83. Thanks to the new Varčse 500 series we have been able to remaster and repackage the album for the first time since its original release.