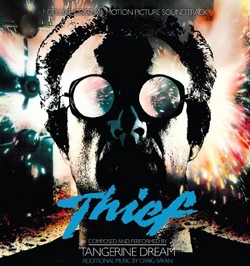 Scored by Tangerine Dream, Thief has become one of their signature film scores. Multiple versions of the score have been released over the years. Our release contains both Confrontation and Beach Scene, depending on what previous version of the LP or CD was sold, either of which were left off of previous reissues. In our opinion, this is one of the best electronic scores of the 1980s, and we are happy to bring it back with a limited edition run of 4,000 units. Many missed out on the last reissue, so we are happy to be offering this with the proper track list.