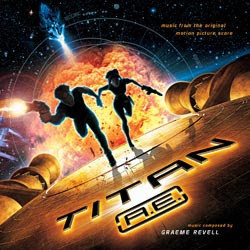 Acclaimed composer Revell rockets through the cosmos with a robust orchestral score that ranks with his finest work. It's a rich, exciting score, pulsing with emotional drama and thrilling intergalactic action. Produced by Nick Redman and Mike Matessino and mastered by Daniel Hersch, this limited edition of 1500 units features bonus tracks, exclusive, in-depth liner notes by film music writer Jeff Bond and sci-fi-sharp art direction by Jim Titus. A must-have for all film music and feature animation enthusiasts!