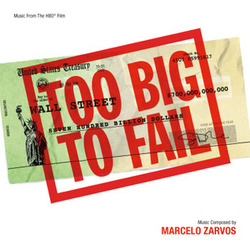 Too Big to Fail

Based on the bestselling book by Andrew Ross Sorkin, written by Peter Gould and directed by Curtis Hanson (L.A. Confidential), Too Big to Fail offers an intimate look at the epochal financial crisis of 2008 and the powerful men and women who decided the fate of the world's economy in a matter of a few weeks. Centering on Treasury Secretary Henry Paulson, the film goes behind closed doors to examine the symbiotic relationship between Wall Street and Washington. William Hurt stars as Paulson; the film also stars (in alphabetical order) Edward Asner, Billy Crudup, Paul Giamatti, Topher Grace, Matthew Modine, Cynthia Nixon, Michael O'Keefe, Bill Pullman, Tony Shalhoub, and James Woods.