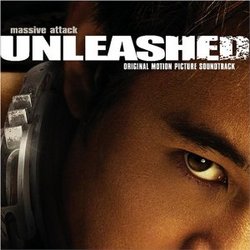 Often bizarre, Luc Besson's films are never dull. Packed full of vivid cinematography, quirky acting, bizarre plots and haunting soundtracks, Besson's films always stretch the imagination. Unleashed, the latest film by Besson which he produced and wrote is no different. As is often the case with his films, the casting is quite excellent. Jet Li is his usual high-energy, Hong-Kong action star best, displaying significant emotional range throughout much of the movie. Li plays Danny, a trained killer, raised from an early age by a vicious and manipulative beast of a man named Bart, played brilliantly by Bob Hoskins. Li is kept in a cage and lead around by a large metal collar like a dog. When the collar is released, Danny flies off the handle, dismantling anybody and everybody in his way. Danny is a trained killing machine.

The film centers on Danny and his liberation from Bart and from his own killing tendencies. Early in the film Danny randomly meets up with an older, blind piano tuner named Sam, played with ease by Morgan Freeman. Sam teaches Danny some basic piano and in the blink of an eye changes the course of Danny's life. The piano triggers something in Danny's brain that starts to dredge up memories of his early childhood. Having escaped from Bart, Danny is taken in by Sam and his adolescent step-daughter Victoria. Both Victoria and Sam teach Danny about the positive powers of love, family and music. The rest of the film is about Danny's struggles between his old and new world. There are plenty of well filmed fight sequences choreographed by legendary stunt coordinator Yuen Woo-Ping, and the overall direction by Louis Letterier is very solid.

Massive Attack, the iconic UK electronica group from the early nineties, was behind the soundtrack for the film, which marks the first time they provided a score for a film. Massive Attack has been out of the limelight for seven years; the first two Massive attack albums in the early nineties were nothing short of brilliant. "Blue Lines" and "Protection" both helped to exemplify the trip-hop/electronica movement that was sweeping through the UK and the US. Massive Attack at that time consisted of Robert Del Naja, Neil Davidge and, of course, Tricky, the group's most famous member. When Tricky left Massive Attack in the early/mid nineties to go solo, its sound changed; it got harder and more industrial. "Mezzanine" in 1998 was the last quality album from the group, because 2002's 100th Window" lacked any of the hooks or depth of its predecessors and was a commercial and critical flop.

The soundtrack to Unleashed is an extension of the newer Massive Attack sound exemplified by "Mezzanine" and particularly "100th Window". The Unleashed soundtrack has nearly identical personnel to "100th Window" so this similarity is not surprising. I don't really have any problems with the soundtrack in its relationship with the film, but on its own it doesn't stand very strong. Not one track on the soundtrack stands out. There are a number of fast, hard-edged songs with nice beats that go well with some of the more violent fight sequences, and there are plenty of ambient soundscapes to go along with the emotional and contemplative moments in the film. Piano or derivations of the piano are used throughout the soundtrack. On funkier tracks like "Polaroid Girl", a Hammond B-3 is used. On more plaintive tracks like "Two Rocks and a Cup of Water", a harpsichord is used. However, straightforward piano is used the most on this soundtrack, and for good reason. Danny finds redemption in the film from love, family and piano. A piano is clearly central to the storyline. After all, it is when Danny first hears Sam playing piano that he first feels joy, and it is the piano that triggers memories of Danny's past and the brutal murder of his mother at an early age at the hands of Bart.

The soundtrack and the movie worked well enough together, so well that I didn't even notice it. The music fit effortlessly with the visuals and never seemed overbearing. With the Unleashed soundtrack, Massive Attack got the job done but didn't create a masterpiece. There are a few tracks on the album that older Massive Attack fans might like: "Polaroid Girl" and the bonus track "Unleash Me", a Wu-Tang style romp featuring The RZA might be the most enjoyable track on the album. To be fair, there are twenty-three tracks on the soundtrack including two bonus tracks, making this a worthy buy for a diehard fan. While this is not bad output for Massive Attack, it is certainly not going to bring them back on the top, and quite honestly it is questionable how popular their style of music is these days. The soundtrack certainly doesn't stand out as an exemplary soundtrack but very few do. Overall, the soundtrack is completely functional, but that's kind of the problem - that's about all it is.