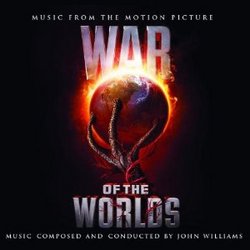 War of the Worlds

Review: War of the Worlds

Yep, it\'s summer - that means Steven Spielberg has a movie to throw our way. Instead of Tom Hanks stuck in an Airport, this time he has Tom Cruise stuck with some alien invaders. The premise of the film is the same as the original H.G. Wells novel: aliens come to earth to wipe us out. Simple enough, eh? Cruise plays "Ray", a lousy father who puts himself ahead of his children. Dakota Fanning is "Rachel", his daughter who has clausterphobia and seems to scream more than anyone ever should be allowed to. Justin Chatwin is "Robbie", his son who doesn\'t like him, and (rightfully) thinks he\'s a lousy dad. His ex-wife, Mary Ann (Miranda Otto) drops off the kids with Ray for the weekend at his crappy place in New Jersey, and high-tails it to her parent\'s place in Boston with her new husband. A weird lightning storm heralds the invasion, and before you know it, Cruise and his kids are now on the run from some seriously destructive and mean aliens. We don\'t see the aliens for a while - just the tripod machines which they use to wreak havoc and kill lots of people with. It\'s not graphic, but it\'s very disturbing. So now the family decides to make their way to Boston. In the process, Ray learns to love his kids. Rachel learns to not scream so much. Robbie feels compelled to fight for whatever reason he has, and Ray has to make a few hard choices. Along the way, there are a few major set pieces. A ferry crossing gone bad. A farmland battle. And an encounter Ogilvy (Tim Robbins), a former paramedic who is happy to offer them shelter - but at a very big price.

Underneath all of it is the latest score by maestro John Williams. This is one of those scores that works better in the film than on CD. Williams adeptly uses the orchestra to manipulate our emotions, and play with our already-frayed nerves. From pulse-pounding action music, to tense dissonant clusters, to quasi-dodecaphonic emotional musical themes, he\'s opened up his bag of tricks, and become the perfect sonic puppet master. The album opens with "Prologue", where soft yet ominous strings and tones build, with an otherworldly synth playing against a piano as woodwinds flit upwards. Morgan Freeman provides narration, basically adapting the opening paragraph from the original H.G. Wells novel. Dissonance and brass soon follow, climaxing with a crash as the main titles are revealed.

Not in film order, the album can be broken up into three different types of music: tense action, dissonant terror, and soft emotion. Action-wise, "The Ferry" and "The Intersection Scene" contain plenty of energetic music - some in his Minority Report vein, and others like Close Encounters of the Third Kind, with a pulsing ostinato that is intercut with dissonant brass clusters and pounding timpani. "Escape from the City" and "The Attack on the Car" ratchets up the tension again, as humans start to turn on each other in an effort to get out of the invaders path. "The Return to Boston", heard towards the end of the film", has a more militaristic edge, including snare drum and brass fanfares.

When it comes to the dissonant terror, Williams is the master. Going back 28 years to Close Encounters, he\'s pulling string clusters that slide upwards, rumbling pianos and brass, and lots of post-modern devices. "Probing the Basement" and "The Confrontation with Ogilvy" are the most notable tracks for this type of music. In the film, it takes two already nail-biting sequences, and bumps them up a notch. Unfortunately, it\'s not the best listen on CD because you don\'t have the benefit of the situation and images. "Escape from the Basket", the longest track on the album at 9:21, is an exercise in subtlety. It takes a while for the track to get going - with a few "rambling" solo instruments amidst the soft percussion and dissonant chord swells. We do get a bit of action towards the end, before it cuts out suddenly.

"Reaching the Country" and "Ray and Rachel" introduce us to the emotional core of the score. Soft female choir, and emotional strings much in the vein of Angela\'s Ashes, and even a tad bit of the "sorrow theme" from Episode III. "Refugee Status" is a more hopeful theme than the downbeat "Reaching the Country", and Williams uses solo horns quite effectively. In "The Separation of the Family", a piano is used to underscore the emotion as Robbie is separated from Ray and Rachel, and goes off on his own to fight. A very Americana melody is played on a French horn, then joined by piano and strings in "The Reunion", a cue that basically concludes the film, and ends with Morgan Freeman\'s narration once again. The "Epilogue" track (heard at the end of the End Credits) is a Herrmannesque brass and string piece that closes the album out on an ominous note.

Thematically, you won\'t be humming anything from this film. The themes are quasi-dodecaphonic. That is to say, they\'re not completely adhering to the rules of dodecaphonic writing, but it\'s close enough. Still, Williams provides a very functional score for the film, and ultimately that\'s what it has to succeed at. Spielberg set out to make a sci-fi horror film, and Williams\' score definitely provides the necessary injection of emotion and tension that helps make the film work. As a soundtrack, it has its moments certainly, but it\'s not likely to be an album that you\'ll keep in the CD player, or toss in to listen to for fun.