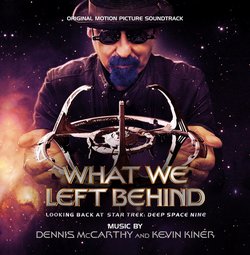 What We Left Behind: Looking Back at Star Trek: Deep Space Nine

What We Left Behind includes contributions to the liner notes written by producers Ira Steven Behr and David Zappone.