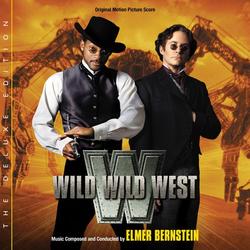 Wild Wild West, was composed by the legendary Elmer Bernstein. This is a score you'd expect from a master of Western themed scores ¢ chock full of hummable melodies and big orchestral themes. This 76 minute Deluxe Edition features the score from the film along with additional music by Peter Bernstein as well as alternate versions and music not used in the film. Mastered by Chas Ferry and transferred from tapes provided by the Bernstein estate. Featuring detailed liner notes by film music journalist, Tim Greiving.