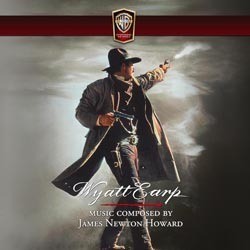 Track Listing Legend:
* Previously Unreleased
+ Heard in the Expanded Edition
++ Not Used in Either Version

We continue to celebrate Warner Bros.' 90th Anniversary with this very ambitious project, which also marks La-La Land Records 250th release! This jam packed western extravaganza features 165 minutes of some of the best music to come out of Hollywood in the past 20 years.

Disc 1 and 2 feature the film score in expanded form, while disc 3 features bonus cues, source cues as well as the original album edits that came out when the film was released. Completely remastered and supervised by star/producer Kevin Costner and composer James Newton Howard this is a must have soundtrack release of the summer!