Interview: Composer Larry Groupé on Working With the Film Editor 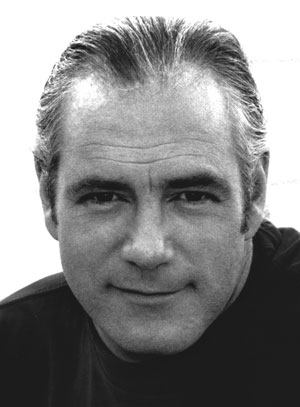 In a recent telephone interview with Soundtrack.Net, I asked composer Larry Groupé (The Contender, Straw Dogs) about working with the film editor during the scoring process.

Soundtrack.Net: How is the film editor important to the composer when he is scoring a movie?

Larry Groupé: The film editor is incredibly important to the composer. One reason is, in the beginning, before you're even hired, they're possibly temping your music into the show. Secondly, when you actually are doing a project, I find that the communication with the film editor on two levels is very, very important.

If I've submitted three scenes and am driving into the studio and am supposed to sit with the director, the film editor will call and say, "You know what, the director just got his head chewed off for some other situation from the executive producer, and this is not the afternoon for you to showcase your queues." And I go, "Great, okay, I'll talk to you later." That's very important. They have their finger on the pulse of the current mood and climate and stress level of—not only the director—but the occasional visiting producer.

That goes beyond the regular spotting sessions that we do where we sit down with the director, film editor, and composer and they walk through the movie during one of the early rough cuts and say, "Let's have music here, and lets it start here and maybe it should here". And that's fine, and you get all your spotting notes –- and as the movie really starts coming together, they're trimming down and making alternations and doing careful edits (and montages, especially). The film editor is the ultimate line of communication on what's really necessary (besides what the director is asking for which, of course, is your prime directive).

Soundtrack.Net: What does the editor know about the picture that others may not?

Groupé: The film editor knows where all the difficulties are. They'll often ask for cues saying, for example, "I'm doing a transition from the hospital to the street and it's a really awkward transition. If you would write something as we're leaving the hospital that'll then fall over the cut into the street, that'll really help what is an extraordinary difficult cut for me because I have no other good choices in any of the footage or outtakes that we have."

Soundtrack.Net: In what ways will a film editor direct or guide your work?

Groupé: Film editors know the value of music in the filmmaking process, so they'll often ask for certain things that are, in a way, just perfunctory or just a tool that help them through some of the process problems they're having. Of course that goes a long way when it comes to montages and things like dream sequences or action sequences, which often can be changed editorially throughout the course of the picture.

My experience is that maybe the film editor will take my first or second attempt at a long sequence like that, and then they will just start cutting it as they need to as they're being told to make changes by whoever it is (the producer, the director). Often these are being done relatively quickly and there's absolutely no time for me to make a customized revision for them. They'll then send me a revision a day later [and give me a pass at it to improve it as I see fit]. We keep in communication about things that are in a constant flux like that.


Larry Groupé will be hosting an intensive summer workshop for aspiring composers this summer, which will cover all topics related to composer for the screen—including working with the film editor. (For more on the workshop, click here.)