The Society of Composers and Lyricists (SCL) held their annual Oscar nominee champagne reception yesterday afternoon, on the eve of the 86th Academy Awards ceremony. The event, which took place during a major rainstorm in Beverly Hills at the home of Bonnie Cacavas, celebrated nominees in the music-related categories.

In a year where there has been some controversy surrounding the Best Original Song category, only half of the nominees were in attendance (see related articles to Alone Yet Not Alone's Original Song disqualification). Spike Jonez (nominated with Karen O for "The Moon Song" from Her) was at the reception early on with guest Ellen Page, but had to leave before the presentation. Missing was Pharrell Williams ("Happy" from Despicable Me 2), and Paul Hewson, Dave Evans, Adam Clayton and Larry Mullen ("Ordinary Love" from Mandela: Long Walk to Freedom), who were unable to attend. However, Kristen Anderson-Lopez and Robert Lopez (nominated for "Let It Go" from Frozen) were there.

There was a big moment of excitement when an extension to the tent collapsed from the weight of the rainwater accumulating on it, but thankfully no one was hurt.

SCL Executive Director Laura Dunn introduced Academy Music Branch governor Charles Bernstein, who welcomed the guests. SCL President Ashley Irwin presented the nominees to the audience, and a chance to say a few words. Thomas Newman (12 nominations) had the joke of the day, indicating that regardless of the outcome, he would be found at the bar after the awards. The winners will be announced tonight when the Academy Awards air on ABC.

A photo journal of the event is below (all photo credits: Dan Goldwasser, Soundtrack.Net). 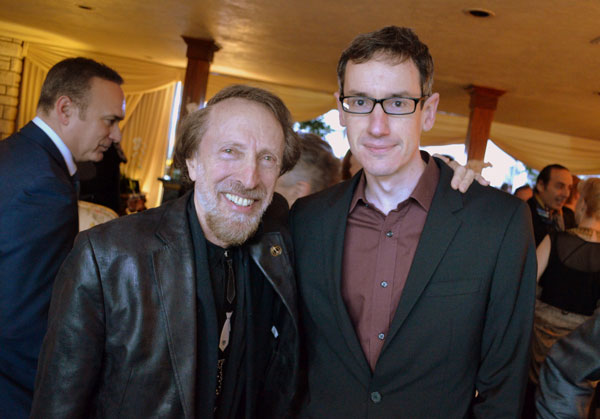 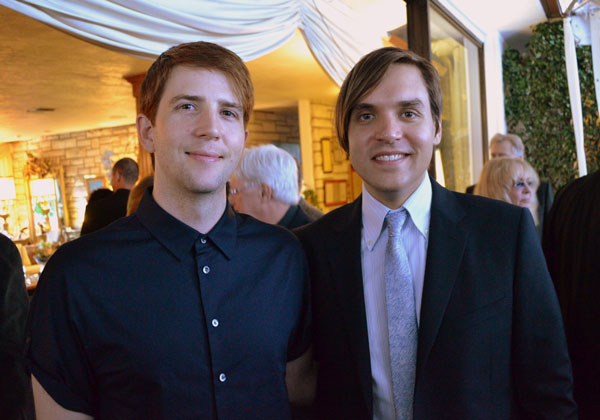 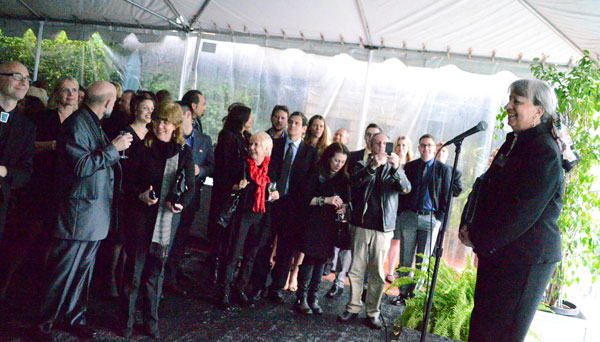 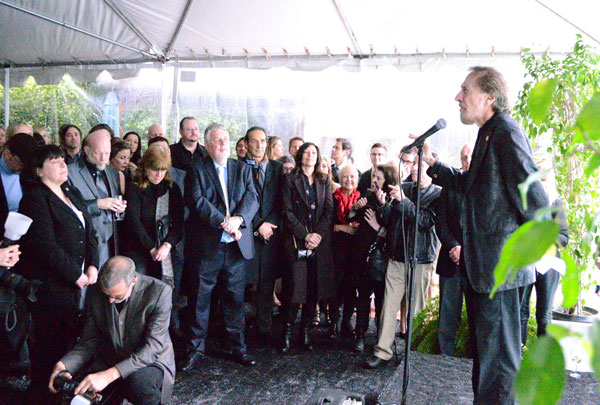 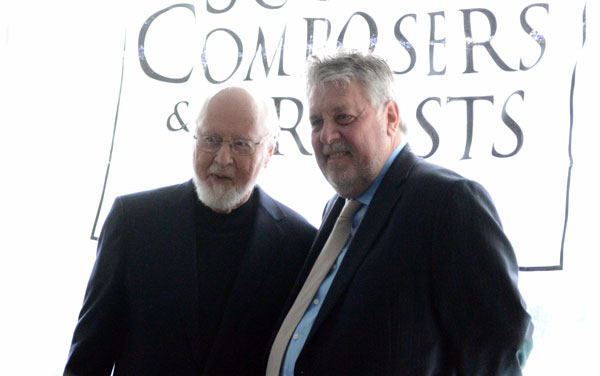 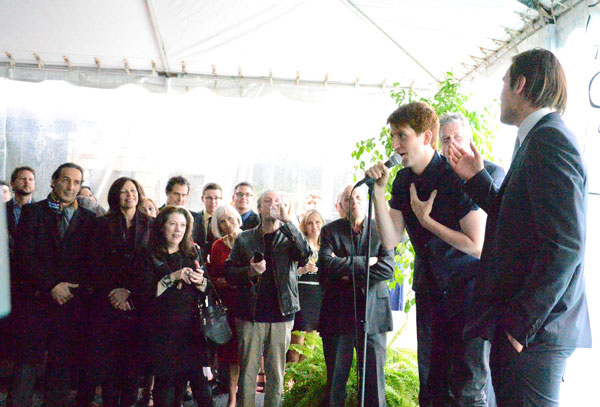 Owen Pallett and William Butler (Her) 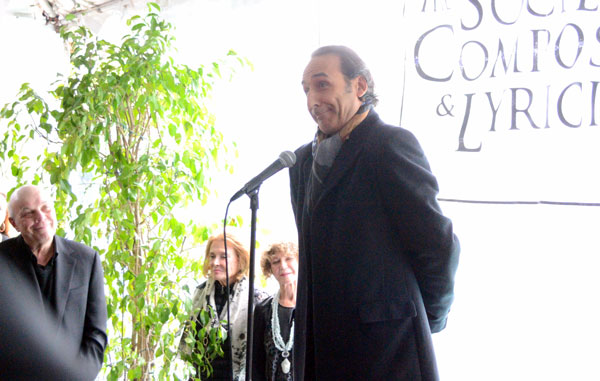 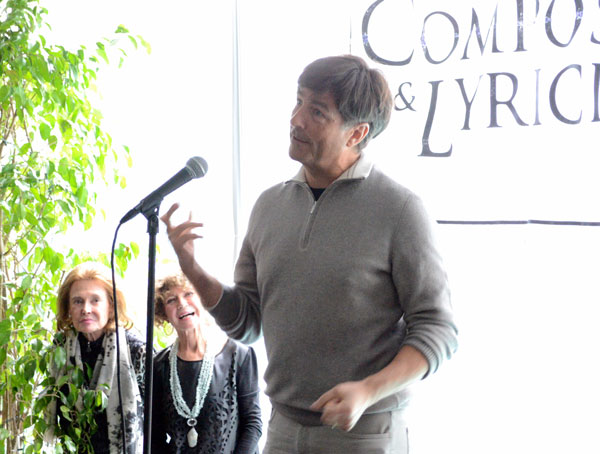 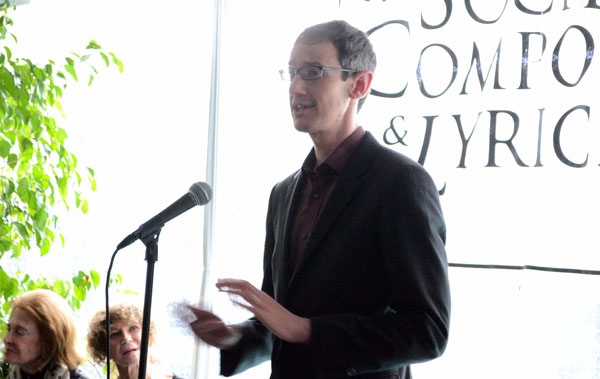 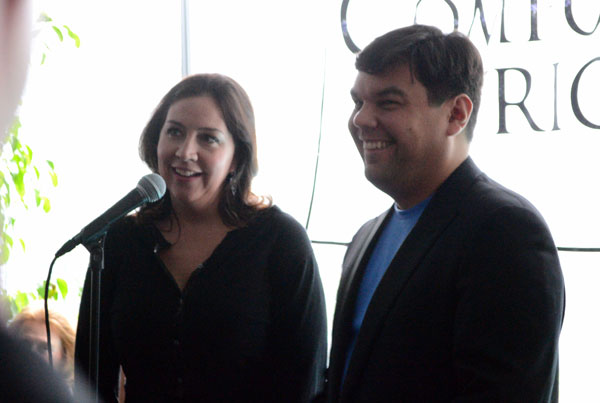 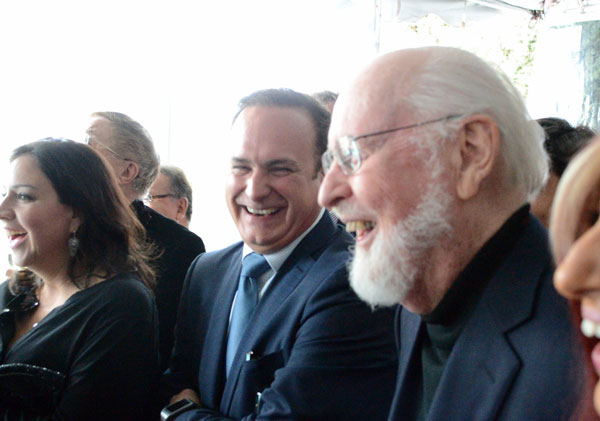 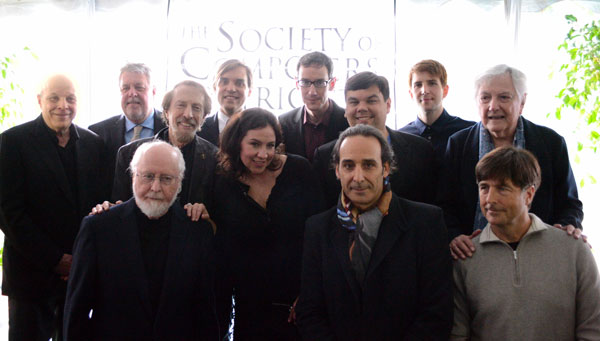 All the present nominees pose for a group photo, along with Academy Governors Charles Fox, Charles Bernstein and Arthur Hamilton.

A view of the gathered crowd