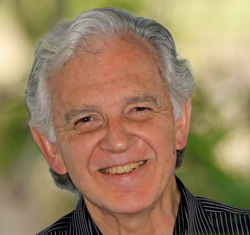 Within a festive award ceremony on the evening of August 26th, legendary film composer Bruce Broughton will be awarded this year's Lifetime Achievement Award of SoundTrack_Cologne.

10-time Emmy Winner Bruce Broughton has scored some of the most iconic TV series. His television themes include Seth MacFarlane's The Orville, JAG, Steven Spielberg's Tiny Toon Adventures and Dinosaurs. His scores for television range from mini-series such as Texas Rising and The Blue and Gray to TV movies (Warm Springs, O Pioneers!) and countless episodes of television series such as Dallas, Quincy, How the West Was Won and Hawaii Five-O. His melodies are known to audiences all over the world and are an important part of musical socialization.

Besides the sounds of TV, it is especially his many motion picture scores that moved generations. These titles take the breath away of all soundtrack-aficionados: Lost in Space, Young Sherlock Holmes (Grammy nomination), The Presidio, Miracle on 34th Street, Tombstone, and Silverado, for which he received an Academy Award nomination.

With the first recorded orchestral score for the CD-ROM game Heart of Darkness, Broughton wrote games history. An extensive oeuvre in the field of orchestral and chamber music concerts complements his work, which was honored with countless award nominations and wins.

He has made valuable contributions to the composer community as ASCAP board member, former Governor of the music branch of the Academy of Motion Picture Arts and Sciences as well as founding member and president of the Society of Composers and Lyricists. Additionally, he taught and educated the next generation of composers as a university professor at USC's Thornton School of Music and the UCLA Herb Alpert School of Music.

On Friday, August 25th, during SoundTrack_Cologne's "Film Day", Bruce Broughton is going to talk about his career, working processes and his latest projects. He will be available for questions from the audience.