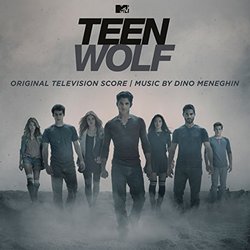 Loosely based on the 1985 film of the same name, MTV's Teen Wolf and stars Tyler Posey as a teenager named Scott McCall, who is bitten by a werewolf and must cope with how it affects his life and the lives of those closest to him, and Dylan O'Brien as "Stiles" Stilinski, Scott's best friend. Teen Wolf first premiered in 2011, and is currently airing its sixth and final season Sundays on MTV in the US and on various channels internationally.

"You can hear over time how the show really developed a sound of its own," said composer Dino Meneghin.

The show became quickly became a fan favorite of the network, and became known for its song choices as well as its original score. "I always love to share new bands with viewers, especially with the ones that I am a fan of personally," said series music supervisor Laura Webb in an interview on MTV.com. She pointed out the song, "Who Are You, Really?" describing: "I was really excited about using Mikky Ekko in episode 10. His music was sent to me by someone that works on his team, and it always stuck with me. The song that we are using worked so unbelievably well that it still gives me goosebumps."

Working on all six years of the series allowed Meneghin the opportunity to develop his themes. "Some of them became much broader in scope and importance than they were originally intended to be," he described. "Scott and Allison's love theme is a good example; it started as a love theme for two characters, but we still used it even after Allison's death to call back to something fundamental about the show. It really came to represent some of the heart of the show, and whenever we'd bring it in, it was very powerful."