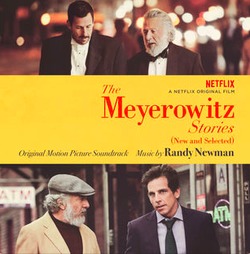 The veteran film composer did something completely different for The Meyerowitz Stories (New and Selected) - Newman crafted a score utilizing only the piano. "After I saw the movie I wrote and recorded a little piece so that Noah [Baumbach, writer/director] could hear something that I thought might work for the picture," Newman described. "He liked it and he decided that solo piano would be an effective way to score his picture."

"I enjoyed working with Noah. In many ways it was the closest to collaboration I've ever had with a director and I liked it," said Newman.