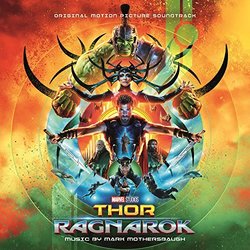 Mothersbaugh said, "I was aware of Taika's work before I got the call from Marvel, and was excited about the chance to collaborate. He's a true artist, and I think he brings a lot to the Marvel franchise. We both share an interest in retro synths and I was delighted to dust off a few vintage keyboards from the DEVO days to mix in with the Abbey Road 100-piece orchestra to create our own take on the sound of Marvel. I hope we get to do it again."