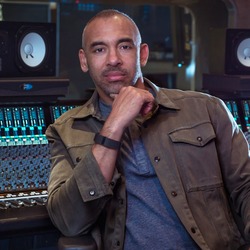 In 2008, Mason Jr. composed the score to the documentary More Than a Game and served as executive producer on the soundtrack album. In 2012, he was nominated for a Golden Globe Award for the song "The Living Proof" from The Help performed by Mary J. Blige.The same year, he also produced the songs "His Eye Is on the Sparrow" and "Celebrate" for the Whitney Houston-starring movie Sparkle, as well as the a cappella vocal performances for the hit film Pitch Perfect. In 2014, he produced the music for Get On Up, the film about the life and music of the legendary James Brown. The following year, Mason Jr. produced new a cappella hits for Pitch Perfect 2 and also arranged and produced all the N.W.A. music for F. Gary Gray's Straight Outta Compton.

Most recently, Mason Jr. wrote and produced music for NBC musical special The Wiz Live! and produced over 50 songs for the animated musical Sing from Universal/Illumination Entertainment. His upcoming projects include Pitch Perfect 3 and the musical reworking of the 80's classic, Valley Girl for MGM.