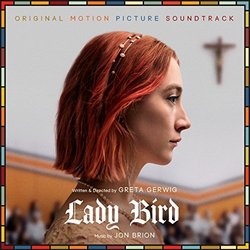 Says Gerwig about working with Brion: "Jon Brion is my all-time favorite musician/composer/producer, and working with him was a dream come true. It is an old-fashioned movie score with melody, which is exactly what I had hoped for. I didn't want the score to feel like background or ambience, I wanted it to be very present and structured, in the foreground of the storytelling."

Says Brion: "Greta has an observation: 'Why do people who want to control everything go into directing?' Citing that it is one of the most collaborative mediums, an insight I hadn't heard before let alone so well (and knowingly) articulated, I can confirm for you that in a business of supposed collaborators, she is a real one."