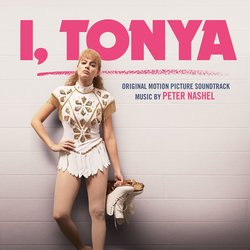 Milan Records has released the I, Tonya - Original Motion Picture Soundtrack digitally and it will be available on CD on December 15th. The album features the movie's original score by Peter Nashel. I, Tonya released in select theaters on December 8th.

"This score is different for me in that it lives in a much more traditional orchestral world than some of my other projects like Marco Polo, Rubicon or Incorporated. Many of my previous scores were hybrid in nature and explored using analog and digital synths, and drones and pulses combined with acoustic elements. In the past, I've also always enjoyed using my studio as a major instrument in the music-making process, but for this film, I didn't do that. That was certainly new to me. Musically, this score was a departure for me in that I tried to build thematic material without relying on melody as much as one would traditionally. While spotting the film, any time that we listened to a cue that was melodic in nature, it immediately felt too "present"— as if it were trying too hard. So the puzzle that had to be solved was how do inject the drama and gravitas into what's happening—which often played to great comedic effect—without being melodic in nature. I ended up using minimalist techniques which became a primary part of my writing process and a very prominent feature in how I eventually built up the final themes." says Nashel of the score.