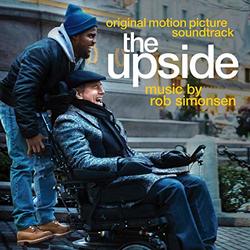 Of the soundtrack, composer Rob Simonsen says: "It was an honor to work with Neil Burger and his extremely creative team on the score for The Upside - finding just the right balance of emotion and levity in the score."

Based on French film The Intouchables, The Upside is director Neil Burger's heartfelt comedy about a recently paroled ex-convict (Kevin Hart) who strikes up an unlikely friendship with a paralyzed billionaire (Bryan Cranston). The film also stars Nicole Kidman, Julianna Margulies and Aja Naomi King.