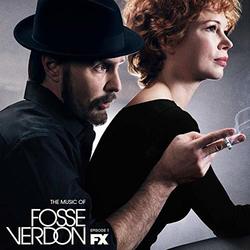 Atlantic Records has announced plans for a musical companion soundtrack tied to Fosse/Verdon, FX's much anticipated new limited series from the producers of Hamilton, Dear Evan Hansen and The Americans.
Each Tuesday, beginning with last night's series premiere, original cast recordings of the tracks featured in that evening's episode of Fosse/Verdon will be released at all DSPs and streaming services. The weekly releases will culminate with a full album, "The Music of Fosse/Verdon – Original Series Soundtrack," collecting all tracks released over the course of the eight-part series. Fosse/Verdon airs Tuesdays at 10 pm ET/PT on FX through May 28 (check local listings).