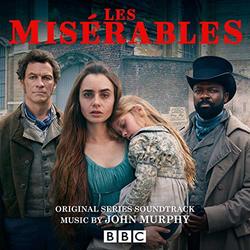 Lakeshore Records is set to release the original soundtrack to the critically-acclaimed BBC/PBS Masterpiece limited series Les Misérables, written by composer John Murphy (28 Days Later, Sunshine, Kick-Ass). The album will be released digitally on May 3rd with CD and vinyl versions forthcoming.

Series director Tom Shankland wanted John to tell a fresh musical story and to ultimately create a raw and uncompromising score to reflect the trials and misery of Les Misérables. John described the scoring process as an experimental journey: "My original idea for the score to Les Mis was '1816 Velvet Underground meets 60s French film music.' Tom [Shankland] was thinking 'gnarly, down in the dirt, French folk music.' Producer Chris Carey suggested, 'let's try both, but throw in some vintage analog synths.' I then gleefully tried all of these elements, often at the same time. And we discovered that you can actually mix a hurdy gurdy with a Moog Sub Phatty, and we loved it. And what started out as a musical standoff, became our score for Les Misérables."