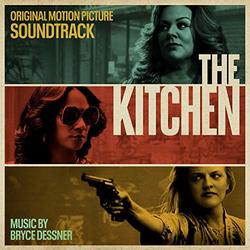 WaterTower Music is excited to announce today's release of the soundtrack to The Kitchen, the gritty, female-driven mob drama from New Line Cinema and BRON Creative and directed by Andrea Berloff which hits theaters August 9.

The soundtrack to The Kitchen features a soaring cover of "The Chain" (originally performed by Fleetwood Mac) by The Highwomen—the new collaborative movement formed by Brandi Carlile, Natalie Hemby, Maren Morris and Amanda Shires. Additionally, it features 12 tracks by Grammy winning and Academy Award winning composer Bryce Dessner, whose music has been called "gorgeous, full-hearted" by NPR, "vibrant" by The New York Times, and "exactly the kind of composer who personifies what might be next for classical music" by the LA Times.

Known to many as a guitarist with The National, he is also active as a curator and a vital force in the flourishing realm of new creative music. Dessner's rapidly expanding catalogue of works has been commissioned by leading ensembles across the world, including the Los Angeles Philharmonic, Metropolitan Museum of Art (for the New York Philharmonic), Kronos Quartet, Edinburgh International Festival, Carnegie Hall, Sydney Festival, New York City Ballet, and many others.