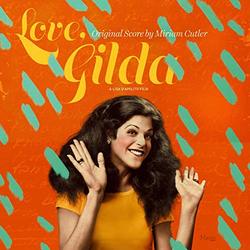 Love, Gilda honors the life and legacy of the late Gilda Radner and has received wide critical acclaim since premiering on opening night at the 2018 Tribeca Film Festival. The documentary recently garnered two Primetime Emmy Award nominations in the "Outstanding Documentary or Nonfiction Special" and "Outstanding Music Composition for a Documentary Series or Special" (for Miriam Cutler) categories.

"Working on Love, Gilda with director Lisa D'Apolito was a wonderful and heartfelt experience. Who wouldn't want to spend time in Gilda's world? I was a fan of her during the original Saturday Night Live. Even better, Lisa found her way into Gilda's story through her powerful work with Gilda's Club – a healing support network for people and their families affected by cancer – created by Gene Wilder and friends, to honor her memory. Once Gilda absorbed her diagnosis, she asked: 'How can I make cancer funny?' And then she set out to heal her own spirit and share what she learned with others. This film honors that legacy by bringing Gilda back to life and sharing more of her story. I tried to reflect the intimacy of the film with my music. Once I was able to feel a musical approach, it was a pleasure to let it flow out. Ukulele was the key! Many thanks to Lakeshore Records for releasing the score. I hope people enjoy it." – Miriam Cutler