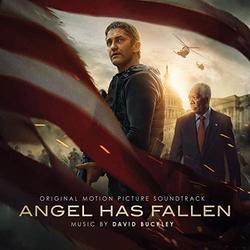 Of the soundtrack, composer David Buckley says, "When Ric (Director) and I first discussed the direction for this score, he was keen for the music to remain in a dark space as our hero becomes a fugitive. There is some light and shade as the drama enfolds, but for a lot of the film my job was to portray a man not only on the run, but one who is fast approaching mental and physical breaking point. But there is a theme that represents light and hope, for Mike Banning's wife, for his child, for the President and for his country."

When there is an assassination attempt on U.S. President Allan Trumbull (Morgan Freeman), his trusted confidant, Secret Service Agent Mike Banning (Gerard Butler), is wrongfully accused and taken into custody. After escaping from capture, he becomes a man on the run and must evade his own agency and outsmart the FBI in order to find the real threat to the President. Desperate to uncover the truth, Banning turns to unlikely allies to help clear his name, keep his family from harm and save the country from imminent danger.