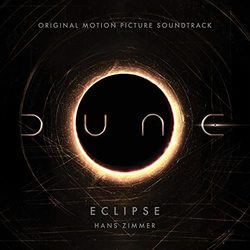 WaterTower Music is pleased to announce today's release of "Eclipse," the evocative new rendition of the classic Pink Floyd song created by Oscar-, Golden Globe- and Grammy Award-winning film composer Hans Zimmer and featured on the debut trailer for Dune, Legendary Entertainment and Warner Bros. Pictures highly anticipated big-screen adaptation of Frank Herbert's seminal bestseller of the same name, for which Zimmer will be providing the score.

Directed and co-written by Academy Award-nominated filmmaker Denis Villeneuve, Dune tells the mythic and emotionally charged story of Paul Atreides, a brilliant and gifted young man born into a great destiny beyond his understanding, who must travel to the most dangerous planet in the universe to ensure the future of his family and his people. As malevolent forces explode into conflict over the planet's exclusive supply of the most precious resource in existence—a commodity capable of unlocking humanity's greatest potential—only those who can conquer their fear will survive.

Zimmer's tremendous reimagining of the timeless Pink Floyd anthem, originally heard as the haunting closing track to their epic The Dark Side of the Moon album, serves as a formidable auditory compliment to the film's trailer, which has garnered over 50 million views following its September 9th debut.

Conceived in collaboration with Villeneuve, Zimmer's new interpretation was orchestrated from his home recording studio, with the iconic composer utilizing FaceTime and other technologies to communicate with a diverse team of artists, including programmer Steven Doar, Chinese-American cellist Tina Guo, Colombian bassist Juan Garcia-Herreros, and English guitarist Guthrie Govan, as well as a 32-voice Los Angeles choir, which was recorded in groups of four across eight studio sessions to safely ensure social distancing