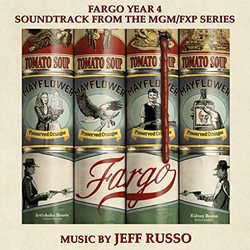 Of the soundtrack, composer Jeff Russo says, "Fargo is always something new to me. This year, in particular, these characters made for the most interesting musical puzzle which i find to be incredibly inspiring."