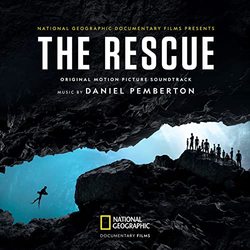 Disney+ announced today that The Rescue, the latest feature documentary from Academy Award-winning directors and producers E. Chai Vasarhelyi and Jimmy Chin, and National Geographic Documentary Films, will premiere on the service on Friday, December 3 in English-speaking territories, followed by a worldwide streaming release in most territories later in the month.

The film's award-winning full soundtrack from composer Daniel Pemberton, along with the original song titled "Believe" from singer-songwriter Aloe Blacc were released today from Disney Music. Pemberton has been regularly cited as one of the most exciting and original new voices working in modern film scoring today. In 2021, he received his first Oscar nomination for Best Original Song for his work on "Hear My Voice" co-written with Celeste, in addition to winning Film Composer of the Year by the World Soundtrack Academy. Constantly working with some of the most renowned names in the industry.

Said Pemberton, "The Rescue is an incredibly intense and thrilling cinematic experience. However, the directors Jimmy and Chai wanted the audience to leave with a sense of release and hope and tasked us with writing a song that was unashamedly optimistic and that captured, in their words, the idea you could 'believe in the impossible'. There are two key moments in the film we all found ourselves drawn to - when the UK divers first encounter the boys in the cave, Rick Stanton simply says the word 'believe' over and over again in surprise and shock, and later when US Marine Derek Anderson asks 'what does the impossible look like?'. We all wanted a song that captured that feeling, that elation, and that moment of hope when all thirteen boys, against all odds, were brought out alive. It's been a fantastic journey working alongside Gary Go and Aloe Blacc to create something that hopefully represents that very unique moment of global positivity and optimism."

Aloe Blacc, the singer/songwriter of "Believe" added, "The world's biggest problems are only as complicated as our willingness to join as a global community to solve them. I believe that together we can overcome any obstacle."