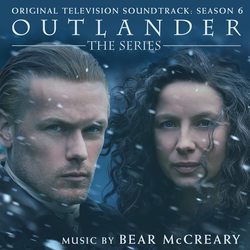 Sony Music Masterworks today releases Outlander: Season 6 (Original Television Soundtrack) with music by Emmy and BAFTA Award-winning composer Bear McCreary. Available everywhere now, the album features score music written by McCreary for the critically acclaimed STARZ series. Also included within the 18-track collection is a new version of the main title theme "The Skye Boat Song," which was re-recorded as a vocal duet for this season. Joining singer Raya Yarbrough is Scottish poet and singer Griogair Labhruidh, who contributes his voice to the original song alongside Yarbrough in addition to featuring on two Gaelic versions of the track. The sixth season of Outlander debuts Sunday, March 6 on STARZ.

Of the soundtrack, composer Bear McCreary says, "Each new season of Outlander brings new adventures, beginning with a musical reimagining of our now iconic use of 'The Skye Boat Song' as a main title theme. For five seasons, our main titles have featured the warm vocal tones of singer Raya Yarbrough, representing Claire's journey. For this sixth season, we created the show's first vocal duet, joining her with Scottish poet and singer Griogair Labhruidh, to represent Jamie's musical perspective. This move was inspired by the dramatic arc of the sixth season itself, where Jamie and Claire's relationship is put to the test, and they must strengthen their bond more than ever to overcome new obstacles. I'm excited for audiences to hear the new musical adventure on this unforgettable new season of Outlander."