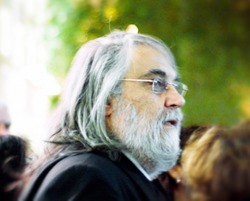 Vangelis, Academy Award-winning composer of Chariots of Fire passed away on Tuesday, May 17, at a hospital in Paris, France. No cause of death has been given.

The composer's other film scoring credits include Ridley Scott's Blade Runner & 1492: Conquest of Paradise, as well as Costa-Gavras' Missing, Koreyoshi Kurahara's Antarctica, Roger Donaldson's The Bounty, Roman Polanski's Bitter Moon and Oliver Stone's Alexander. Throughout his career, he also received multiple Grammy, Golden Globe and BAFTA Awards nominations. In addition to his film work, he was also a prolific composer of electronic music and symphonic-style compositions.