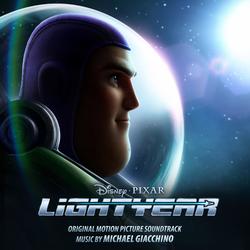 An advance listen of the track Mission Perpetual from the forthcoming Disney and Pixar film, Lightyear, is available today. Composed and produced by Oscar winning composer Michael Giacchino, the digital soundtrack is set for release on June 17, the same day the film opens in U.S. theaters.

Commenting on the track, Giacchino said, "One of my favorite sequences is called 'Mission Perpetual.' It's early on in the film when Buzz is trying to accomplish a mission and keeps failing. It was an exciting challenge for me because there were so many things the music needed to convey: Buzz's frustration with himself and the sadness of being alone in his pursuit, but also his undying ambition and drive to achieve his goal. I went through a similar 'mission' myself to get this cue right, but once I did, it was incredibly rewarding."

The original score for Lightyear was recorded over 15 days with an 89-piece orchestra and a 39-member choir. The soundtrack features 31 tracks and will also be available in Dolby Atmos Music, a new technology placing the listener inside the song in a spatial way, revealing every detail of the music with unparalleled clarity and depth.