Mercury KX Announces 'She Will' Soundtrack 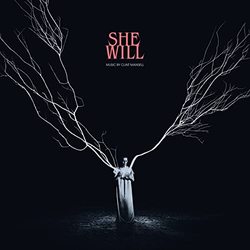 Mercury KX will release the official soundtrack to the striking psychological horror film She Will, available digitally on 15th July, alongside the film's theatrical release, followed by pink vinyl on 5th August.

Charlotte Colbert said, "Clint is a magician and Incantation feels like a spell. Like it's revealing a bit of a cosmic soup, the waltz of our unconscious goo"