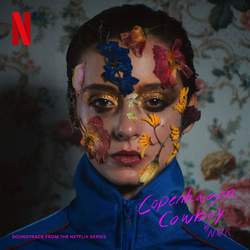 Of the soundtrack, Copenhagen Cowboy director, writer and producer Nicolas Winding Refn says, "With Copenhagen Cowboy, I was able to revisit my past as I move toward my future, bringing together three very singular voices—Peter Peter, Cliff Martinez and spicing it up with Julian Winding. It's a real trip that will give everyone hot thrills and warm chills."

"Going into Copenhagen Cowboy, I knew immediately that I wanted to do my take on classic horror – the amazing themes and melodies I've grown up with," adds composer Julian Winding. "It was important to me, like it probably was for, say, Fabio Frizzi, that there was a melody. There's nothing like tapping your foot and humming along to some poor soul getting brutally murdered in spectacular fashion onscreen."